On the Health Economics Day last month in Finland, there were eight selected health economics presentations in the afternoon, one of which was from the Finnish members of the EXCELC team. Ismo Linnosmaa presented some findings from the study of self-assessed quality of life (QoL) among Austrian, English and Finnish people. Data used in the study were collected online last summer and sent to the team by Research 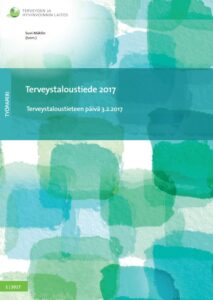 Now. The results indicated that after having controlled for individual characteristics, there are no statistically significant differences in self-assessed QoL, though only between the English and Finnish people. Instead, the Austrian people were more likely to report better QoL than the Finns. In addition, the study lends support to the hypothesis of the positive association between QoL and income. People with higher income tend to assess QoL as very good or so good it could not be better. As the reasons behind the findings of differences in QoL between the three countries are not known, the Excelc team plans to investigate the theme further in the near future.